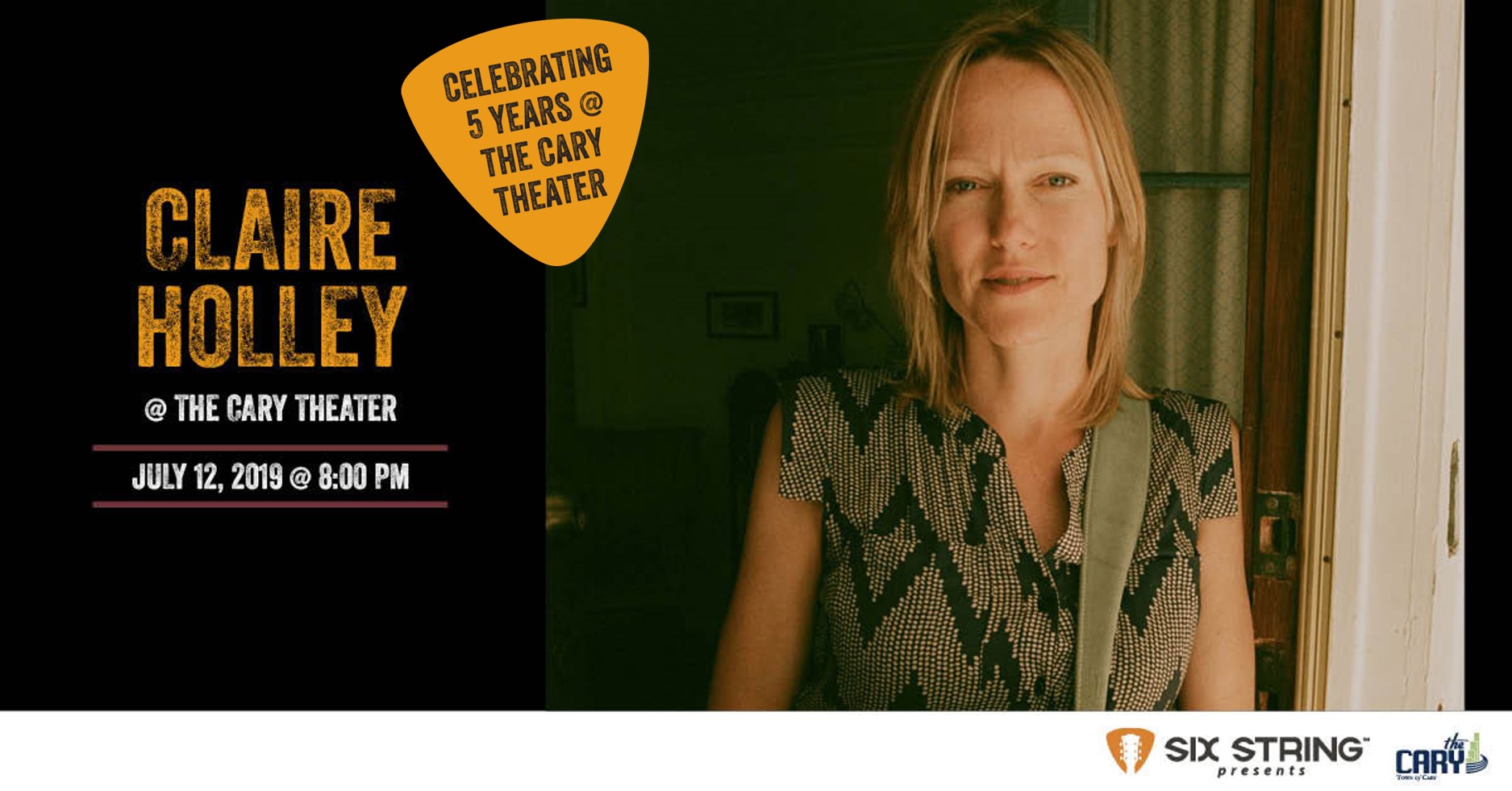 This is our 5th Anniversary Show at The Cary Theater and we’re celebrating with Claire Holley who was one of the performers on our opening night. Claire will be touring in support of her new release, Every Hour, due out June 1st.

Six String Presents is celebrating their 5 year anniversary of promoting shows at The Cary Theater with a return engagement of Claire Holley who performed at the first show there in 2014.

LA based singer/songwriter Claire Holley will return this summer to the Cary Theatre in support of her most recent release, Every Hour, an inspired collection of hymns and sacred songs recorded in a rustic environment in the Texas hill country.

The project was originally conceived as a 20th anniversary follow-up to Sanctuary, so Claire teamed up with John Plymale, producer and longtime collaborator from her early days of recording and playing music in North Carolina. The album features modern arrangements of hymns and sacred songs, ranging in style and sound from a 4th-century carol (“Begotten”) and Southern gospel (“What Wondrous Love is This”) to a Beach Boys cover (“You Still Believe in Me”).

Claire Holley grew up in Jackson, Mississippi and enjoyed singing ever since she was a little girl. She began writing songs in college and has released seven full length records + two EPs. Her music has been featured on NPR’s Weekend Edition as well as in films & TV shows.

Some quotes
“…simultaneously powerful and light as a feather.”
—No Depression
“The charm of Holley’s hummable melodies, imagistic lyrics and vocal prowess suggest she’ll keep bringing crowds in from the cold…”
—Washington Post