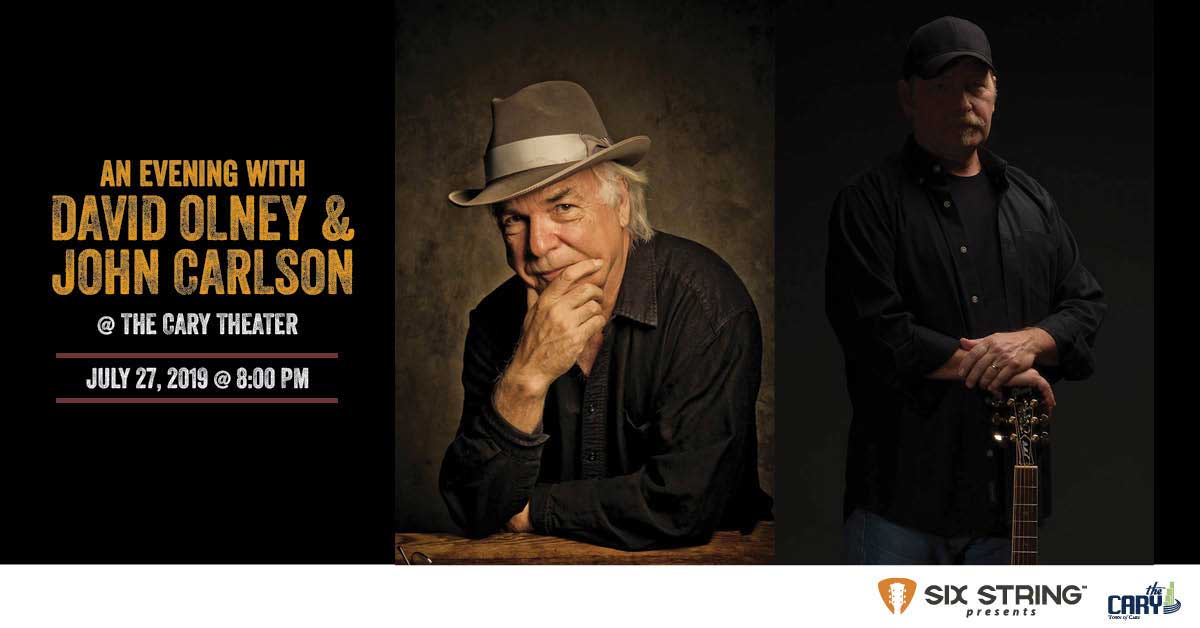 Recorded by Emmylou Harris, Del McCoury, Linda Ronstadt, Steve Young, Slaid Cleaves, The Wailin’ Jennys & many others, David shares his songs and the story behind it in his weekly “You Never Know” Songwriter Series videos posted every Tuesday on DavidOlney.com and YouTube.

“…There’s a LIVED-IN AUTHENTICITY to (David Olney’s) voice that is beyond so many of the young pretenders around these days. Beneath the gruff exterior lies a big heart capable of tenderness… HE IS THE REAL DEAL.”

John William Carlson is an award-winning singer/songwriter from Holly Springs, North Carolina. Musically, John roams a lot of ranges from Americana, Folk, Country and Gospel to gritty slide blues. In December 2013, John was named the winner in the American Songwriter Magazine and Gibson USA lyric competition and was featured in the February 2014 ‘Legends’ issue of American Songwriter Magazine. John has worked with Grammy winning songwriter Phil Madeira at his Mercyland Songwriting Workshops.