The Gravy Boys with James Dunn 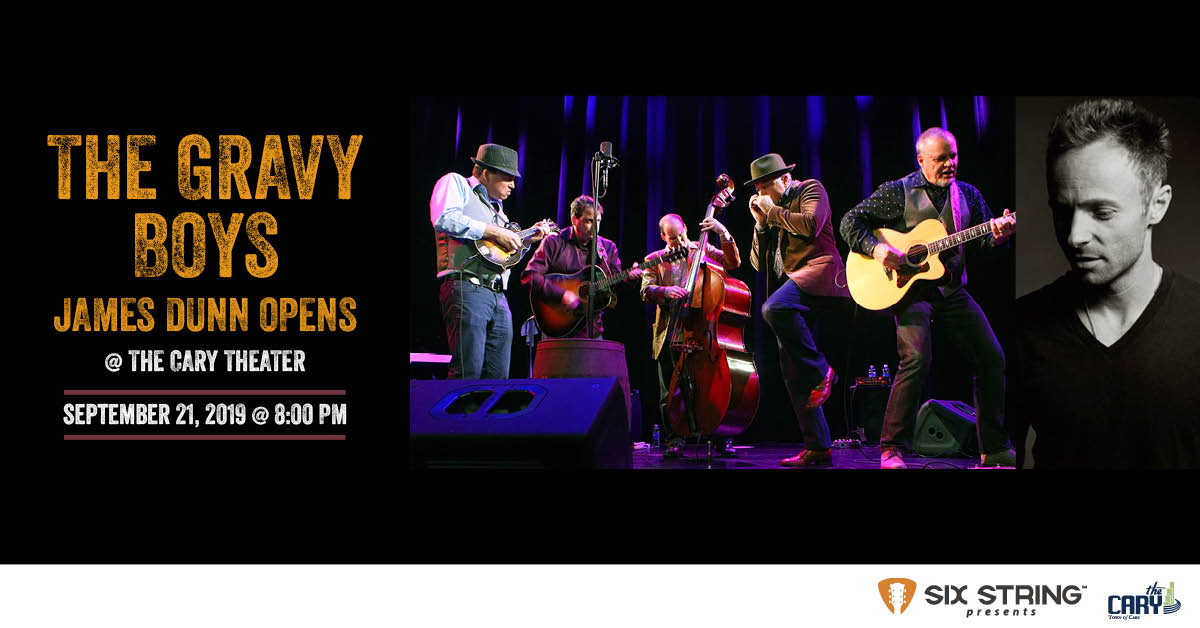 They take a cup of country, a pinch of roots rock, a handful of honky-tonk, a splash of bluegrass, a dash of hobo folk; stir vigorously, and let is simmer ‘til the pot bubbles over…

The Gravy Boys are story tellers and entertainers. They spin their tales by taking classic American themes and bringing them into the present day with a passion that resonates with all who listen.

James Dunn’s catalog of songs is marked by powerful lyrics about the road of life, not only from his perspective, but also through the eyes of others.  His ability to weave story and personal experience into song and make a connection with fans has been at the heart of Dunn’s songwriting and performing career and song since his debut EP, “Lonely American Dream” in 2006.

“My goal as a songwriter is to somehow write something, that will move another person on an emotional level. Basically, to just feel something beyond the ordinary day to day grind of life.  If it’s a happy feeling or a reflective feeling, it doesn’t matter.  You just want to be able to reach out and somehow make your songs part of the fabric of other people’s lives.  You want to try and craft that song that people will always tie memories to.  If I can do that, then I’ll feel like I’ve done a pretty good job of writing a song.”