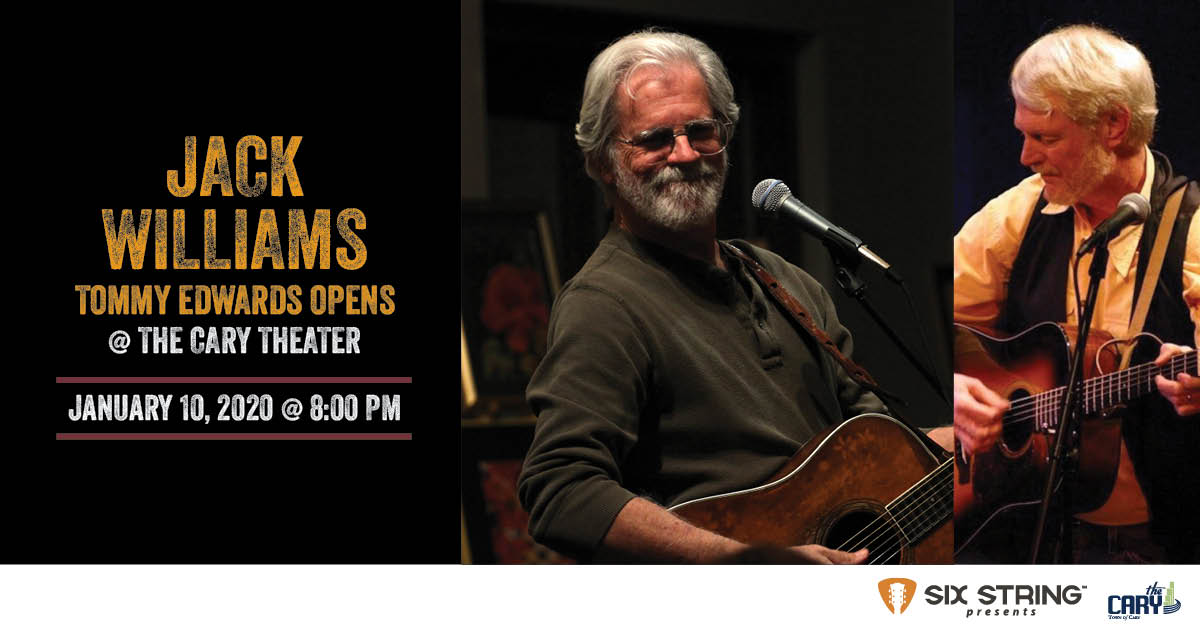 “…. his artistry… is nothing short of amazing. Dazzling picking, expressive voice, unique and interesting songs. He is a showman in the best sense of the word and just wowed our audience.
I think they would have followed him anywhere.”
Rich Warren, WFMT “Midnight Special”, Chicago IL

“If there is anyone not familiar with Jack’s incredible songwriting and prodigious performance skills,
my sympathies to you. A Jack Williams show is a slam-dunk win-win-win for all.
One of the most enlightened and entertaining performers I’ve ever encountered.”
Dave Humpreys, Two Way Street Coffeehouse in Downers Grove IL

The music of Jack Williams, rooted in his native South Carolina, was shaped by a61-year career of playing folk, rock, jazz, R&B, classical and the popular music of the 30s, 40s and 50s. He is counted among the most dynamic performers on today’s “folk” circuit.

Jack is considered a “musician’s musician”, an uncommonly unique guitarist, a writer of vivid songs with a strong sense of place, and a storyteller in an old Southern tradition who further illustrates each tale with his guitar.

Avoiding the compromises of the commercial music industry, Jack prefers touring under the radar, playing concerts, large and small, week in and week out, from the sheer love of music and performing. Jack is a sought-after artist on all contemporary acoustic music stages, from coffeehouses and festivals to music halls and city arts stages. From acclaimed appearances at the Newport, Boston, Philadelphia, Kerrville, New Bedford SummerFest Folk Festivals, his musicianship, songs, stories and commanding presence have established him as an uncommonly inspiring and influential performer.

His songs have been recorded by artists ranging from Tom Jones and David Clayton-Thomas to Chuck Pyle, Cindy Mangsen, Ronny Cox and Lowen & Navarro. In addition to his solo career, as a guitarist he has accompanied such luminaries as Tom Paxton, Peter Yarrow (of Peter, Paul & Mary), Mickey Newbury and Harry Nilsson.