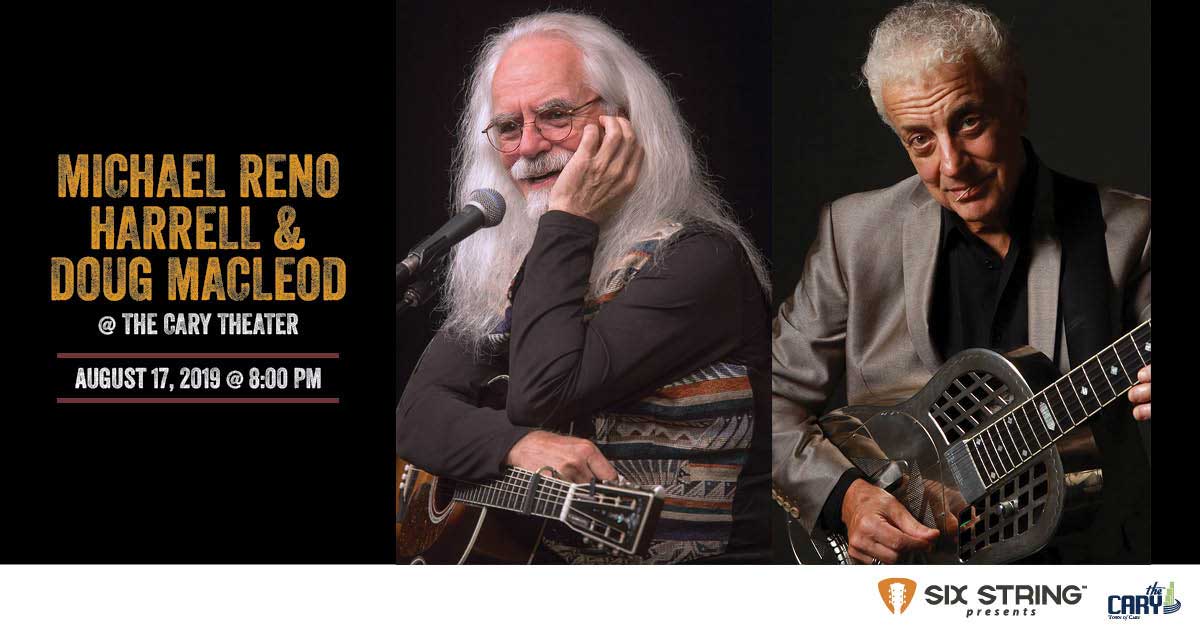 Michael Reno Harrell is an award-winning songwriter, as well as a veteran storyteller and entertainer, and he’s from the South… the Southern Appalachian Mountains to hone it a bit finer.

One could compare Michael’s performances to his granddaddy’s pocket knife: well warn and familiar feeling, but razor sharp and with a point. His brand of entertainment appeals to a very diverse audience. A typical day for Michael might include a program for 4th graders in the afternoon and a concert for a mixed audience that evening.

Michael’s recordings top the Americana Music Association charts year after year. His original songs and stories have been described as “Appalachian grit and wit” but, as his writing shows, Michael’s awareness is much broader than the bounds of his boyhood home or even the Southern Experience. Having toured throughout the British Isles and much of Europe, as well as most of the US, the songs he writes and the stories he creates reflect an insight into people’s experiences that catch the ear like an old friend’s voice.

Michael’s natural knack for storytelling, in print, song and spoken word has earned him praise from not only the music community but from the literary and storytelling worlds as well, having had the honor of being a Featured Teller at the National Storytelling Festival and to be Teller In Residence at the International Storytelling Center, as well as performing at major music events like MerleFest and the Walnut Valley Festival. Along with his performances, Michael often conducts workshops in songwriting and storytelling as well.

“Like all great blues men, MacLeod lives his music, and the songs are not just on the tips of his fingers and tongue, they are one with his being.”

MacLeod is known for his superb songwriting, guitar wizardry, warm soulful vocals, wit and unforgettable live performances. At the heart of a Doug MacLeod performance is his knack for storytelling, bringing characters-from the faceless to the legendary-to strikingly real life.

Doug is an international touring artist who writes and sings original songs that are based on his own life and experiences. He learned from the old masters and carries forward a valuable tradition.

As a youth Doug overcame abuse and a crippling stutter by turning to music. After picking up a guitar, and singing – he found his voice.

Like the old masters who taught him, MacLeod’s music expresses life and times through an intangible, elusive quality that may simply be a keen sense of what matters most. Doug’s music, stories, and philosophy provide a healing that has helped others overcome the hardships of their lives.

Doug subscribes to the philosophies he learned from country bluesman Ernest Banks of Toano, VA. “Never play a note you don’t believe” and “Never write or sing about what you don’t know about.”

As Pee Wee Crayton’s widow Esther once told Doug, “You have a message and you’ll send that message mainly to the people who don’t go to church.” Amen.