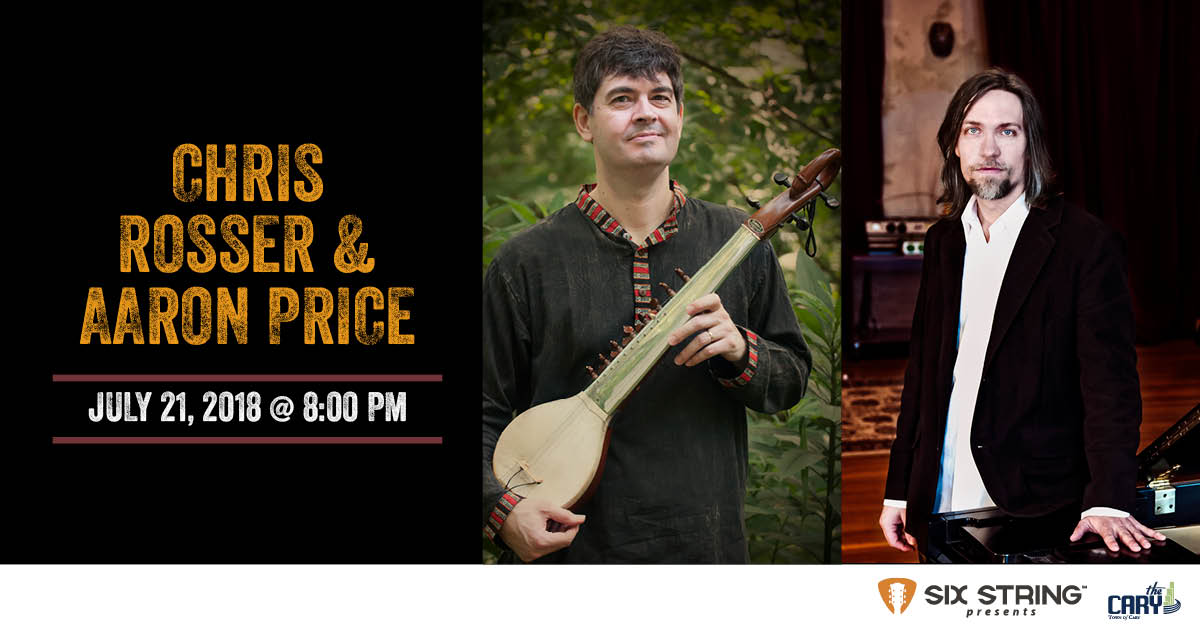 Chris Rosser is a multi-instrumentalist, singer-songwriter, composer and producer. As a solo performer, he has opened shows for folk and pop luminaries such as John Mayer, Tom Rush, David Wilcox, Shawn Mullins, John Gorka, Nickel Creek, and more. He has released four solo singer-songwriter recordings, Archaeology (1998), The Holy Fool (2000), Hidden Everywhere (2006) and A Thousand Hands (2014).

Rosser has won songwriting contests at the Rocky Mountain Folk Festival and the Merle Watson Festival, has showcased twice at the Falcon Ridge Folk Festival and was a New Folk finalist at the Kerrville Folk Festival. As a recipient of the 1999 WNC Regional Artists grant, he continued his studies of Hindustani classical music and the sarod (a 25-string fretless Indian lute) with world famous Indian musician Ali Akbar Khan in San Rafael, CA. In 2003, he was awarded a prestigious songwriter/composer fellowship from the NC Arts Council. Chamber Music America awarded him and Free Planet Radio a grant in 2014 to compose and perform a three movement piece for the trio plus string quartet.  Rosser earned a Bachelor of Music from the University of Miami School of Music where he studied jazz piano and studio recording.

Aaron Price is a native of Cary.  He has worked in Asheville, NC as a multi-instrumentalist and producer since he arrived there in 1997. He opened noted Asheville facility Collapseable recording Studios in 1997 and contributed in numerous ways to the growth of the vibrant Western North carolina music scene.

While in Asheville Aaron has played in every major venue and worked with many artists in Western NC, including Malcolm Holcombe, Peggy Seeger, Valorie Miller, River Guerguerian and Chris Rosser of Free Planet Radio, Christine Cane, and Billy Jonas. He has cultivated a unique voice in the regional songwriting community and released three albums.

Aaron attended Apex High School, First United Methodist Church of Cary (where he played the lead in ‘OLIVER!’ in 1990!), and studied piano with the late Myrtle Metz.

His parents and grandmother still live in the area. Aaron is delighted to make an appearance at the Cary Theater on Saturday, July 21.