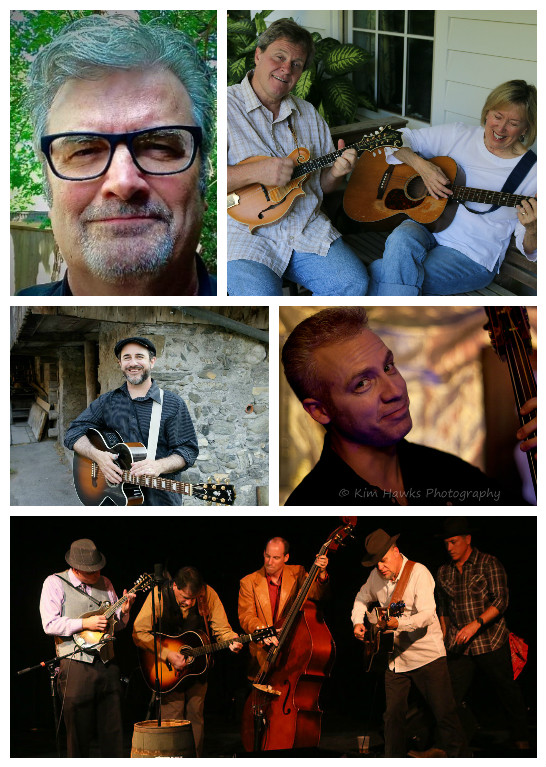 Happy Thanksgiving!
All the performers are donating their talents and time for this show. The Town of Cary is also providing The Cary Theater and its staff at no charge. All of the proceeds from the show will go to The Interfaith Council for Social Services and The Relief for Recreation Fund.

Based in Chapel Hill, NC, FJ Ventre plays upright and electric bass and sings with several acts from The Triangle area, including The Swang Brothers, The Chris Stamey Group, Mary Johnson Rockers and others. He has also played with Jon Shain, Rebecca and The Hi-Tones, Mel Melton and the Wicked Mojos, The Stars Explode, and Tom Maxwell. FJ is the owner-operator of Good Luck Studio and has recorded and mixed projects for Jon Shain, The Swang Brothers, Jeff Hart, Hailey Clark, The Infidels, Tad Walters, and Tom Maxwell, to name a few.

Lead singer of Johnny Cash Tribute band, Johnny Folsom 4, David Burney brings a lilting southern baritone to Cash’s classic songs which hits the mark well enough that you may wonder on occasion if Johnny, himself, is in the building.

Jon and Caroline Parsons have shared their music and stories with audiences for 25 years. Their songs, stories and voices embrace the humor, beauty and mystery of life. They live in Caroline’s old family homeplace in Grays Creek NC, and are joined by their long-time musical partner and friend Jerome Hawkes. Caroline is a gifted songwriter, singer and bassist, and Jon and Jerome juggle guitars, banjos, and mandolins – in addition to doing their best to keep up with Caroline’s singing! The Parsons trio is seasoned by more than 15 years of playing and singing together at festivals, house concerts, roadhouses and campgrounds.

The Gravy Boys hail from Raleigh/Durham, North Carolina and perform Acoustic Americana music that draws deep from the well of our country’s diverse musical heritage. Their high energy shows feature heartfelt vocal harmonies, boot-stomping rhythms, lively stage banter, and honest musicianship. The Gravy Boys are story tellers who spin their tales through tight, brother-duet vocals over a vintage acoustic backdrop. They take classic American themes and bring them into the present day, with an authentic passion that resonates with all who listen. They have released 3 CDs of original music: Crackerjack Whistle (2012), Dust Bowl Lover (2009), and Workin’ the Angels for Handouts (2007).