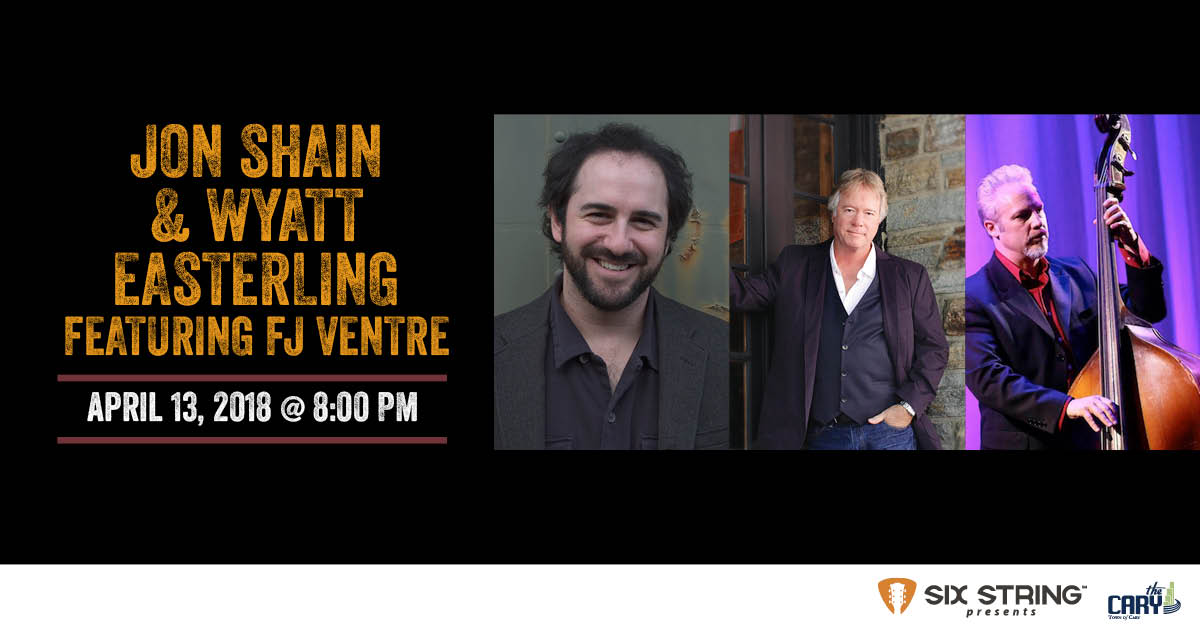 Our next show features a couple of nationally recognized and touring musicians who happen to live right here in the Triangle. Jon Shain and Wyatt Easterling will be splitting the bill this Friday, April 13, 2018 at The Cary Theater. Joining both performers for each of their sets is bass player and vocalist extraordinaire, FJ Ventre. It’s Spring! Get out and support some LIVE MUSIC. Tickets and info available at www.SixStringPresents.com.

Jon Shain is a veteran singer-songwriter who’s been turning heads for years with his words, his fiery acoustic guitar work, and his evolved musical style – combining improvised piedmont blues with bluegrass, swing, and ragtime.

Wyatt first came to Nashville as a folk singer on the verge of signing with CBS Records, but in true industry fashion, Sony acquired the label, and the deal fell through. Undeterred, he signed on as a writer with a new publishing company opened by former CBS label head Rick Blackburn.

Based in Chapel Hill, NC, FJ Ventre plays upright and electric bass and sings with several acts from The Triangle area, including Jon Shain, Wyatt Easterling, Wes Collins, the Bennys, Nantahala and others.