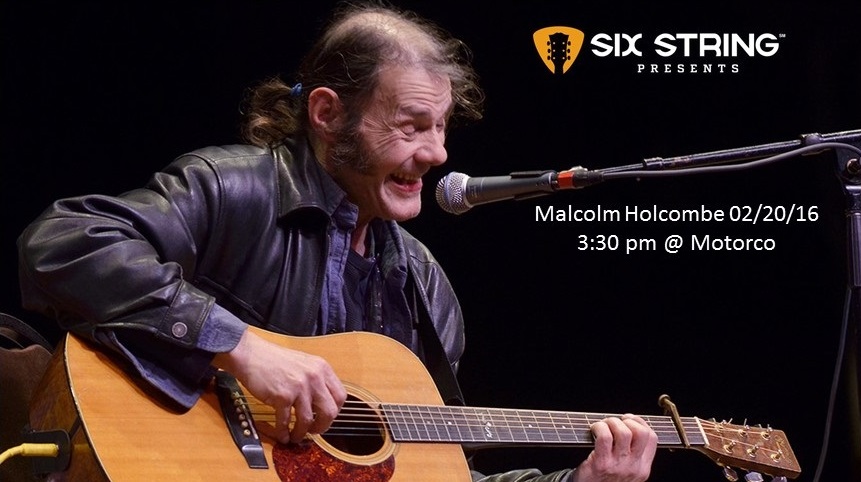 Rolling Stone Magazine once described Malcolm Holcombe’s music as, “Not quite country, somewhere beyond folk, Holcombe’s music is a kind of blues in motion, mapping backwoods corners of the heart.” While The Irish Times observed, “There is something wonderfully untamed about singer-songwriter Malcolm Holcombe… His music lives on the border between folk, blues and country – lyrically and musically he is a more animated relative of Texan tunesmith Guy Clark.”

On Saturday, February 20, 2016 at 3:30pm Malcolm Holcombe will be performing at Motorco Music Hall in Durham. This is Malcolm’s CD Release for his latest project, “Another Black Hole”. Malcolm will be joined by Jared Tyler.

There is plenty of parking at Motorco and they serve food and drinks.

Later this month Six String Presents a Tribute to Johnny Cash on His Birthday with The Johnny Folsom 4 at The Cary Theater on February 26th. Rod Abernethy will kick things off at 8pm.
Tickets and info to these and other shows are available on our website at www.sixstringpresents.com.

Thanks for supporting LIVE MUSIC in the Triangle.