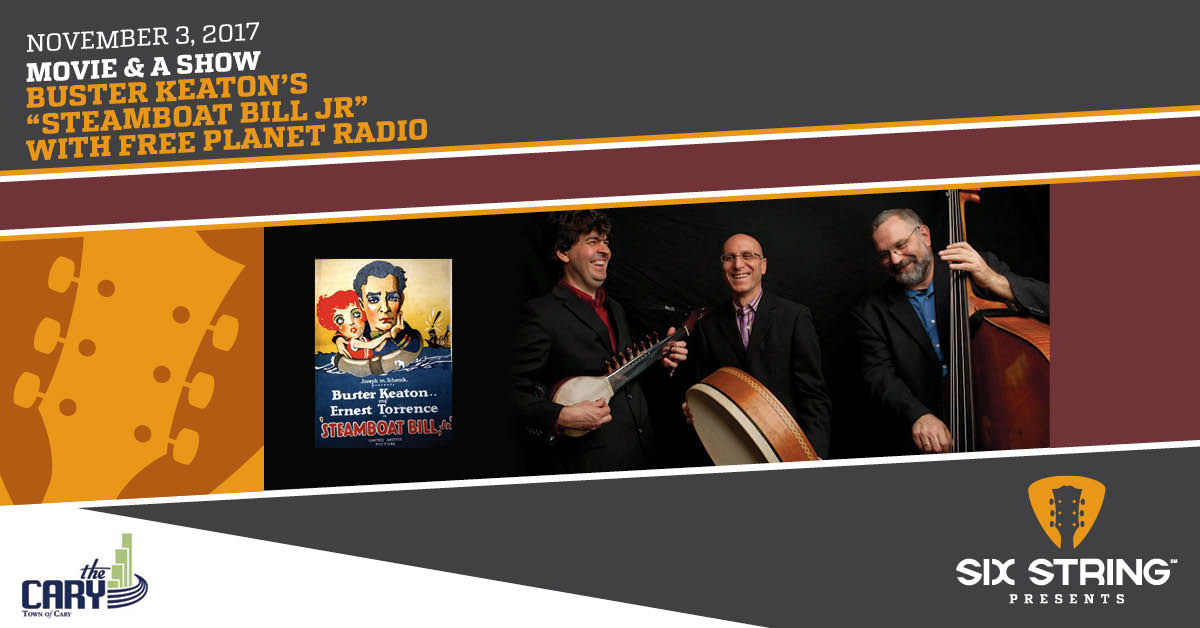 This is our second show with The Cary Theater where we show a movie from the silent film era while a band performs their unique interpretation of the soundtrack LIVE during the movie. Following the movie the band, Free Planet Radio, will perform a concert. It all happens Friday, Nov 3, 2017 at 8pm.

Tickets are available online at www.SixStringPresents.com

Charles Reisner directed the film, and the credited story writer was Carl Harbaugh, although Keaton wrote the script. The film, named after a popular Arthur Collins 1911 song, “Steamboat Bill”, also featured Ernest Torrence, Marion Byron, and Tom Lewis. In 2016, the film was selected for preservation in the United States National Film Registry by the Library of Congress.

Free Planet Radio
freeplanetradio.com
Since 2001, Free Planet Radio has been bringing its exciting and innovative world-jazz-classical music blend to both concert stages and classrooms.  Based in Asheville NC, this musical partnership began with a clear mission statement as “the shared vision of three multi-instrumentalists exploring the infinite and seamless relationships between musical cultures through the universal language of sound.”

Thanks for supporting live original music