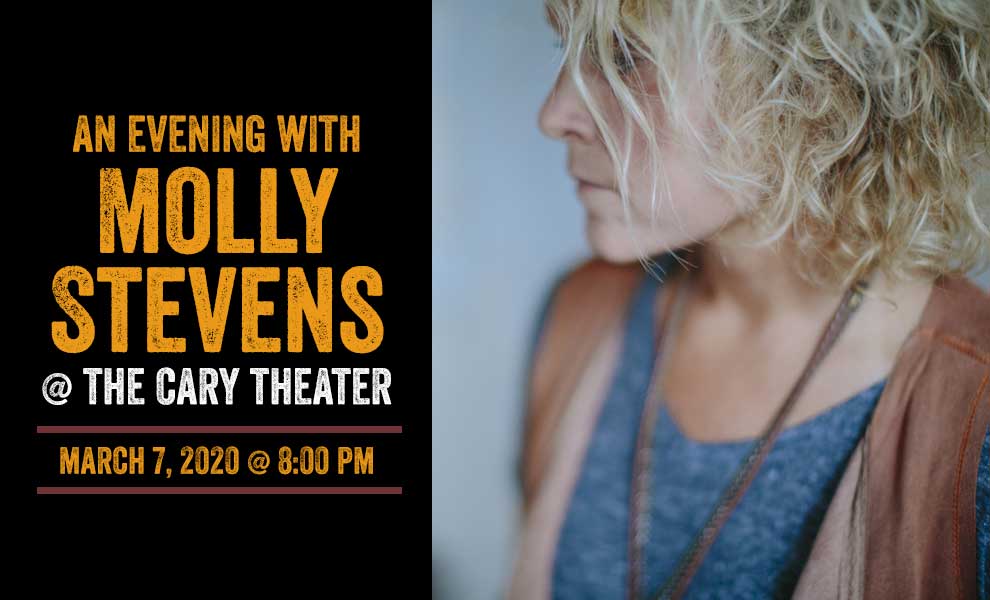 Molly Stevens splits her time between Raleigh NC and Nashville TN. Stevens grew up in Macon, GA, singing in church and at many revivals led by her grandfather, a celebrated preacher around the Southeast. Growing up in Macon, home to the Allman Brothers and Otis Redding, among others, Stevens never knew a time when southern rock or soul wasn’t floating through the air.

Molly has opened for acts such as Jamey Johnson, Ashley McBryde, Billy Joe Shaver, Mindy Smith, Ronnie Milsap and The Indigo Girls along with many others. Molly is a powerhouse vocalist who lays her soul on the stage for all to feel. Complimented by raw and real lyrics that capture the audience, she reels you in to the depth of her heart as she sings about her story. Stevens’s song “I Love You More” was recorded by Jimmy Fortune of The Statler Brothers last year. She has performed at venues across the country such as Rockwood Music Hall, Eddie’s Attic, Bluebird Cafe and The Evening Muse as well as many festivals including the CMA fest two years in a row and 30A Songwriter’s festival. Her music video “Just Hold On” was premiered on CMT in March 2019. Molly was on Kelly Clarkson’s team on season 14 of The Voice.