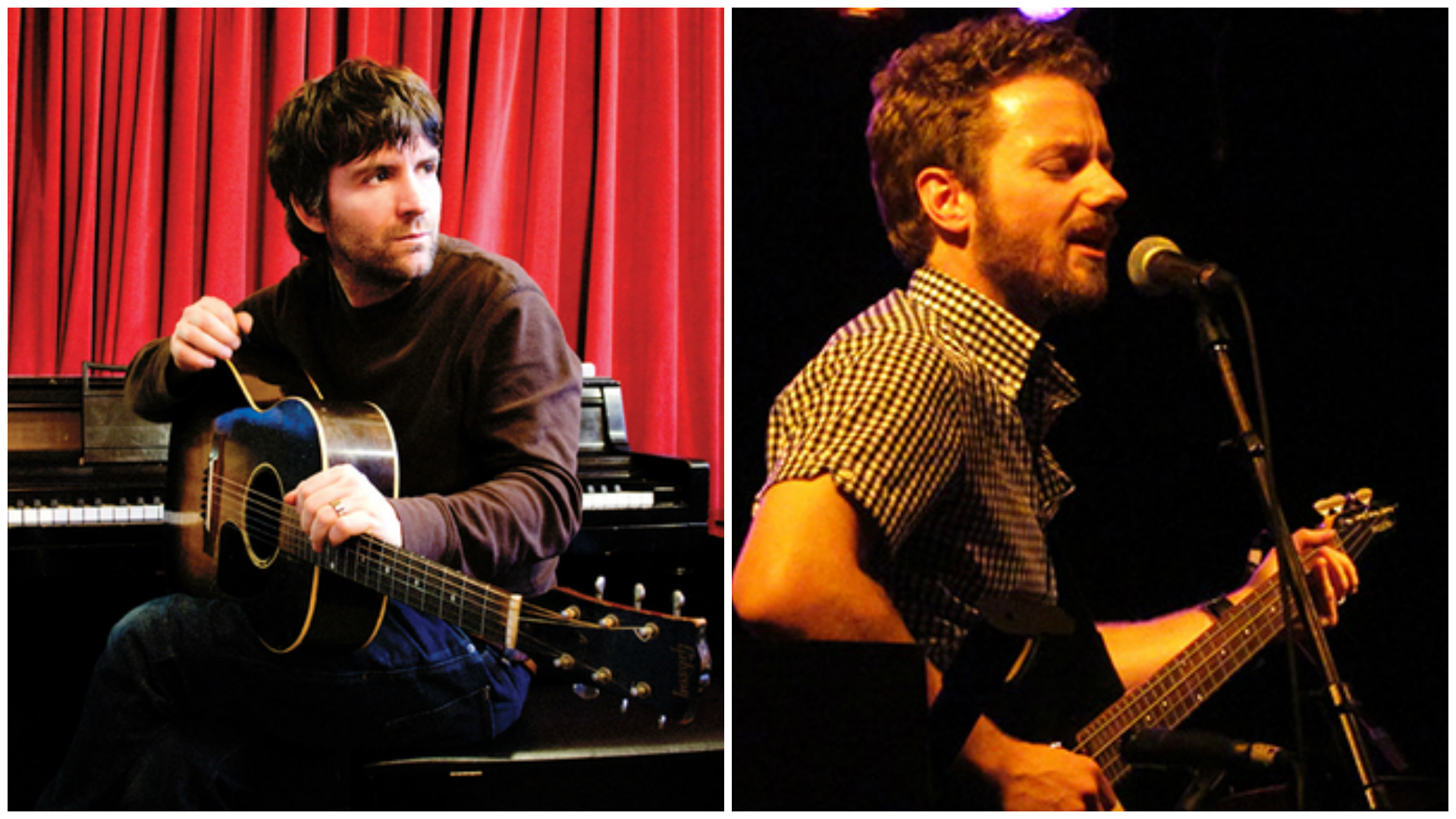 This Friday, September 25, 2015 we will be presenting two new artists to our series at The Cary Theater. Nashville recording artist Tim Easton, with roots back here in Raleigh, and Durham’s own Brett Harris will be performing their songs in a double bill that starts at 8pm. You won’t want to miss these two and tickets are available online at http://bit.ly/1gETT0c

Easton was raised in Akron, Ohio, forming the band Kosher Spears while at college. He traveled abroad for a time, busking in London, Paris, Spain, Italy, Yugoslavia, Czechoslovakia, and Ireland, and on his return to the US in the mid-1990s he joined The Haynes Boys. When the band split up, he embarked on a solo career, with his debut album, Special 20, released in 1998 on Heathen Records. He subsequently relocated to California, signed a deal with EMI Publishing, and a record deal with New West Records. He currently resides in Nashville, TN.

Brett Harris is a singer/songwriter/multi-instrumentalist from Durham, NC. His first full length album,Man of Few Words, was featured by Paste magazine’s “Best of What’s Next”, NPR’s “All Songs Considered: Second Stage” and made several “Best of 2010” lists, drawing comparisons to the music of Nick Lowe, Elvis Costello, Harry Nilsson, and Emitt Rhodes.

Additionally, Brett has participated as a core band member in live performances of Big Star’s Third, playing in the US, UK, Spain, and Australia. He has also served as a touring member of jangle pop progenitors The dB’s.

Thank you for supporting Six String Presents and please join us on Facebook and Twitter to get more photos, videos and information about upcoming shows and events.