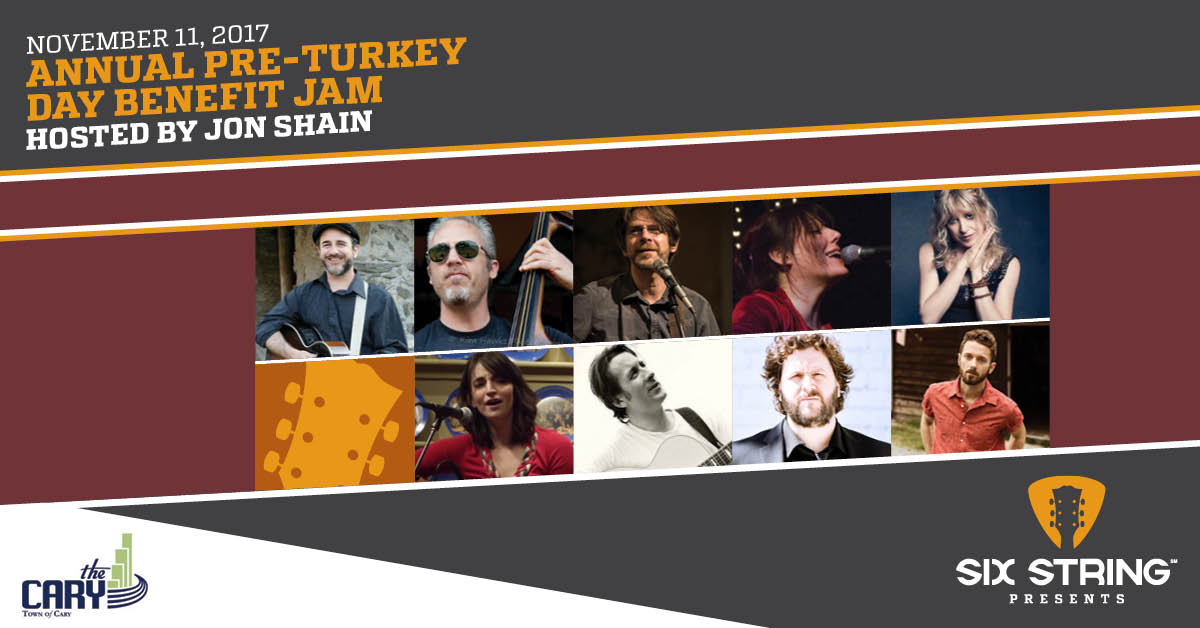 Annual Pre-Turkey Day Jam Hosted by Jon Shain – November 11, 2017
Each year Jon Shain and Six String Presents get together to raise money for local charities around the Thanksgiving Day Holiday. This year’s show will be on Saturday, November 11, 2017 starting at 8pm at the beautiful Cary Theater in downtown Cary. ALL proceeds from the show will go to The Interfaith Council for Social Services and the Relief for Recreation Fund. All the artists, the promoter and the theater staff and facility are donating their time and money towards the show.

This year’s show will feature a bounty of the area’s popular and talented musicians in two songwriter-in-the-round sets. Here’s the lineup:

Now Six String Presents and The Johnny Folsom 4 bring the show to the newly renovated 1940’s Cary Theater for 2 nights on November 24th and 25th, 2017.

The last time Johnny Folsom 4 played the Cary Theater we sold out of tickets days before the show. This time they’re returning with a cadre of special guests and a bigger show! We’ve added a second night and each night’s show will be different. Don’t miss out. Get your tickets now!

This show will feature the ultimate Johnny Cash Tribute Band, The Johnny Folsom 4 as the house band both nights. Each night will include a different song list with special musical guests singing some of the songs featured on the original Johnny Cash Show.

Get your reserved tickets early to what promises to be a fantastic night of music, stories and song.